What This Means for Appraisers

In a new twist involving litigation that impacts valuation analysts, on June 11, 2014, the Fifth Circuit Court of Appeals upheld the Tax CourtŌĆÖs valuation of a historic preservation fa├¦ade conservation easement, but vacated the Tax CourtŌĆÖs imposition of a gross undervaluation penalty. The latest ruling, as Joe Brophy explains, raises a host of new issues. 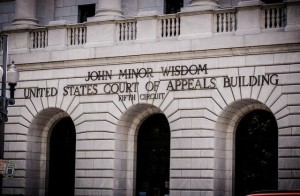 On June 11, 2014 the Fifth Circuit Court of Appeals issued an opinion in the case of Whitehouse Hotel Limited Partnership v. Commissioner of Internal Revenue (Case No 13-60131) (Whitehouse hereinafter) on an important issue impacting appraisers in the Fifth Circuit.

The Whitehouse partnership was formed in 1995 to buy an existing property in New Orleans known as the Maison Blanche and the Kress building, adjacent to Maison Blanche, to convert the same into a Ritz Carlton hotel.

In 1997, Whitehouse conveyed a conservation easement to the Preservation Alliance of New Orleans (a non-profit) dedicated to historical preservation, which the partnership valued at $7.445 million dollars.

In 2003, the IRS issued notice to Whitehouse allowing a $1.15 million dollar charitable contribution and assessed a ŌĆ£gross undervaluation penalty of 40% of the portion of the underpayment of tax that year. See USC 6662(h)(2).ŌĆØ

The Tax Court agreed with IRS in Whitehouse Hotel Ltd PŌĆśshp v. CommŌĆÖr, 131T.C. 112 (2008), and placed the value at $1.15 million, agreeing in substance with the IRS on both the value and the penalty assessment. The Tax Court ultimately did not accept either the IRS valuation nor the taxpayerŌĆÖs opinion, but arrived at its own ŌĆ£blended analysis.ŌĆØ The IRS expert actually concluded the easement had no value.

The Fifth Circuit went on to summarize the Tax Court valuation decision:

ŌĆ£First, the tax court concluded there was no difference in the highest and best use before and after the conveyance of the easement because the easement and a post-easement value of $10.3 million. The value of the easement, then, was $1,792,301. That valuation meant that Whitehouse overstated its deduction by $5,652,699, the difference between $7,445,000 and $1,792,301. The overstated deduction meant that Whitehouse had claimed a deduction roughly 415% higher than its proper value ($7,445,000 / $1,792,301 = 4.15). Id. at 172. If a taxpayer misstates a deduction by 400% or more, a penalty of 40% of the underpayment may be charged as a penalty for a ŌĆ£gross valuation misstatement.ŌĆØ I.R.C. ┬¦ 6662(h)(2)(A)(i). A taxpayer may be relieved of this penalty if the taxpayer shows the misstatement falls into the ŌĆ£reasonable cause exception.ŌĆØ I.R.C. ┬¦ 6664(c)(1). To qualify for this exception, the taxpayer must show the claimed value was based on a qualified appraisal by a qualified appraiser and that the taxpayer made a good faith investigation of the value of the property. I.R.C. ┬¦ 6664(c)(3).ŌĆØ

ŌĆ£ Valuation of assets is a difficult task, even with the advice and counsel of accountants, consultants, and tax attorneys. It is even more complicated when, as here, the valuation is divorced from a negotiated transaction between buyer and seller.ŌĆØ

The Fifth CircuitŌĆÖs recent decision (a second look at issues after a prior remand to the Tax Court for reconsideration) affirmed the $1.15 million dollar value in their June 11, 2014, decision, but the Court of Appeals vacated the 40 percent penalty.

One big question for appraisers was partially answered by the Fifth Circuit, which is will the assessment of a 40 percent valuation penalty for overstating values be sufficient cause to assess the 40 percent penalty? Or does the use of qualified appraisers still give rise to a taxpayer defense in the Fifth Circuit?

Both Whitehouse and the IRS provided testimony from ŌĆ£qualified appraisersŌĆØ who vastly differed on the value of the easement and on the property to be valued. They disagreed on the ŌĆ£highest and best useŌĆØ of the Maison Blanche building and the Kress building. One appraiser indicated that only the Maison Blanche had value while Whitehouse included a value for the adjacent Kress building, which was bought a day later by the partnership.

ŌĆ£Valuation of assets is a difficult task, even with the advice and counsel of accountants, consultants, and tax attorneys. It is even more complicated when, as here, the valuation is divorced from a negotiated transaction between buyer and seller. In most transactions, presumably, the final sale price is forged from competing interests. That dynamic makes the sale price a good indicator of the fair market value of a given property. Even then, that price may be altered up or down by idiosyncratic characteristics of the parties. This is not the case here. This easement was a gratuitous transfer; the PRC did not haggle over price and did not pay a final sale price.

We are particularly persuaded by WhitehouseŌĆÖs argument that the Commissioner, the CommissionerŌĆÖs expert, and the tax court all reached different conclusions. The Commissioner originally permitted only $1.15 million as a deduction. Argote valued the easement as worthless. We share the tax courtŌĆÖs and the CommissionerŌĆÖs skepticism of the dramatic appreciation of value between the roughly $8,000,000 purchase price of the Maison Blanche shell and the Cohen appraisalŌĆÖs $96,000,000 valuation. What the taxpayer reasonably considered, though, even if not sustained by the tax court, is that its contract to transform the building into a Ritz-Carlton hotel had value. As we were in our 2010 opinion, we are skeptical of the tax courtŌĆÖs conclusion that following the advice of accountants and tax professionals was insufficient to meet the requirements of the good faith defense, especially in regard to such a complex task that involves so many uncertainties.

As we did in Montgomery Capital for the general reasonable cause exception, we review the ŌĆśtotality of the facts and circumstances.ŌĆÖ 659 F.3d at 493. Whitehouse obtained a second appraisal as a ŌĆ£checkŌĆØ against the first one. Drawbridge testified and presented the 1997 Form 1065 indicating it had been prepared by WhitehouseŌĆÖs financial auditors. Obtaining a qualified appraisal, analyzing that appraisal, commissioning another appraisal, and submitting a professionally-prepared tax return is sufficient to show a good faith investigation as required by law. See I.R.C. ┬¦ 6664(c)(3)(B). The tax courtŌĆÖs enforcement of the gross undervaluation penalty was clearly erroneous.ŌĆØ

To appraisers, the important issue raised is whether the court concluded that merely over or under stating value is not sufficient for the IRS to assess the substantial understatement penalty if the taxpayer used a ŌĆ£qualified appraiserŌĆØ and there were significant underlying issues that might lead a qualified appraiser to arrive at a significantly different value.

Valuation is an art not a science, so it is best not practiced by the timid; a legitimate difference on appropriate, but accepted methods should not be enough on its own to trigger the gross undervaluation 40 percent penalty per the Fifth Circuit. But then again, does this opinion open the door to private parties pushing the proverbial envelope when ŌĆ£qualified appraisersŌĆØ are retained to submit reports? This author expects this issue to be fought again as the IRS and the Tax Court in other circuits will undoubtedly revisit this argument.

Joseph D. Brophy, MBA, CPA/ABV, CVA, ABAR, CM&AA is a former member of the AICPA IRS Practice and┬ĀProcedures Committee and former chair of the Texas Society of CPAs Relations with IRS Committee. He is┬Āfrequent writer for tax and valuation publications. He can be reached by e-mail at jdbrophy@jdbrophycpa.com or┬Āby phone at (214) 522-3722.

There is no related posts.