Valuation practitioners may want to spend a few hours reading a recent U.S. Tax Court case where the valuation of intangible assets was squarely addressed. This QuickRead article highlights the facts and three issues addressed in the decision. 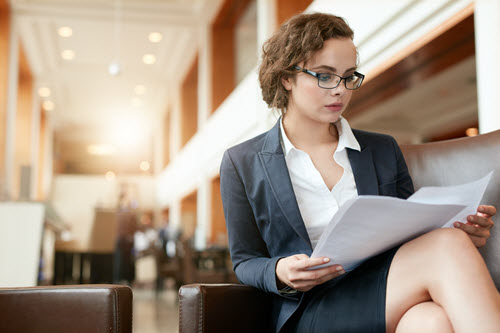 Application of the Cost Approach to Value Intangible Assets

Valuation of Intangible Assets: A case analysis of TCS Ltd.

Valuation practitioners may want to spend a few hours reading a recent U.S. Tax Court case where the valuation of intangible assets was squarely addressed.Â  This QuickRead article highlights the facts and three issues addressed in the decision.

Applying a discounted cash flow (DCF) methodology to the expected cash flows from the European business, the Commissioner determined a buy-in payment of $3.6 billion, later reduced to $3.468 billion. Â Amazon.com contended that the Commissionerâ€™s DCF methodology was substantially similar to that rejected by the U.S. Tax Court in Veritas Software Corp. v. Commissioner, 133 T.C. 297 (2009). Â Amazon.com further contended that the Commissionerâ€™s determinations were arbitrary, capricious, and unreasonable, and that the comparable uncontrolled transaction (CUT) method is the best method to calculate the requisite buy-in payment.

Amazon.com used a multi-step allocation system to allocate costs from its various cost centers to IDCs.Â  While the Commissioner accepted Amazon.comâ€™s allocation method in many respects, the Commissioner determined that 100% of the costs captured in one important cost center (Technology and Content) had to be allocated to IDCs. Â Amazon.com contended that this position was inconsistent with the regulations.

Issues Before the U.S. Tax Court

There are various recognized and accepted transfer pricing methods. Â The key question in controversies is whether the value is one that is considered â€śarmâ€™s lengthâ€ť.Â  This case goes into detail describing how Amazon initially operated and expanded operations in Europe, how the Tax Court viewed the useful life of intangible assets and what compensation is includable when allocating costs and determining the buy-in value of intangibles.Â  Significantly, the Tax Court also engaged in a lengthy analysis of the proper royalty rate and useful life assumptions. Â Significantly, the U.S. Tax Court observed:

For the marketing intangibles, Robert Reilly (petitionerâ€™s expert) and David Haigh (respondentâ€™s expert) both used an external CUT methodology to determine an armâ€™s-length buy-in price.Â  In selecting their CUTs, both experts also relied on the same sources of public information.Â  But, the two experts came to disparate value determinations, chiefly because of very different conclusions as to the useful life of the transferred property and the proper royalty rate to apply over the propertyâ€™s useful life.Â  Mr. Reilly concluded that the armâ€™s-length value of the marketing intangibles ranged from $251 million to $312 million; Mr. Haigh determined a value of $3.13 billion for the same intangible property.

The decision also contains an in-depth discussion regarding the model and discount rate developed.

The decision contains valuable guidance on this point too.

Roberto H Castro, JD, MST, MBA, CVA, CPVA, CMEA, BCMHV, is an appraiser of businesses, machinery and equipment, and Managing Member of Central Washington Appraisal, Economics & Forensics, LLC. He is also an attorney with a focus on business growth and succession planning with offices in Wenatchee and Chelan, WA (home to many small wineries). In addition, Mr. Castro is Technical Editor of QuickRead and is knowledgeable of the industry.
Mr. Castro can be reached at (509) 679-3668 or by e-mail to either rcastro@cwa-appraisal.com or rcastro@rcastrolaw.com.