What the Courts are Saying

About the Use of Monte Carlo Simulation 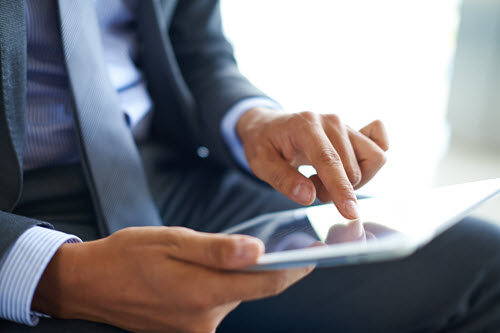 Exploring the Valuation of Contingent Consideration and Financial Instruments

One of the first published cases to discuss the use of Monte Carlo simulation is Lyondell Chemical Co. v. Occident Chemical Corp, 668 F.3d 284 (5th Circ. 2010).Ā  This is not a valuation or damages case, but it is significant considering who wrote the opinion and the circuit it came from.Ā  The author of the decision is the Hon. Patrick E. Higginbotham, Circuit Judge.Ā  The case involved a disposal company named French Limited that in the 1960s and 1970s hauled waste from petrochemical facilities on the Houston Ship Channel. Ā The hauling company found a location known as Turtle Bayou to dump the waste.Ā  In the early 1980s, the EPA and State of Texas began an investigation into contamination at Turtle Bayou. Ā The investigation centered on waste generated by several French Limited customers, including Lyondell Chemical Company, El Paso Tennessee Pipeline Company, and Occident Chemical Company.

Most of the parties under investigation agreed to remediate the contamination found at Turtle Bayou. Ā These companies began to meet regularly to fairly divide responsibility for the waste and associated clean-up costs, but the group dissolved before finalizing a plan.

The United States responded by suing Lyondell in 1994.Ā  Lyondell entered into a consent decree with the United States in 1998 requiring it to āaddress the contamination and perform all requested response actions at four areas of the site.āĀ  During the course of its remediation efforts, Lyondell discovered additional contamination at Turtle Bayou west of Lyondellās West Road Area. Ā The United States sued El Paso, this time in 2002.

The district court appointed an expert in environmental engineering to assist in allocating cleanup costs among the parties. Ā This expert was Dr. Charles Newell.Ā  Dr. Newell was tasked with running a statistical analysis to determine disposable volumes for each liable company.Ā  The disposable volumes, together with chemical analyses of those volumes, would then enable the court to allocate remediation costs.Ā  Although Dr. Newell ran actual calculations, the court determined the inputs he would use.Ā  To calculate the amount of Occidentalās waste dumped at Turtle Bayou, for example, the court instructed Dr. Newell to use three input values: a minimum, an intermediate estimate, and a maximum. Ā These inputs were at the center of the dispute in this case.

Occidental challenged Dr. Newellās expert testimony; specifically his use of the Monte Carlo statistical methodology to calculate the volume of Occidentalās waste dumped at Turtle Bayou.Ā  Occidental contended that the methodology failed Daubert.Ā  Judge Higginbotham, along with Judges Prado and Garza heard the appeal.Ā  With respect to the use of Monte Carlo, the court opined that:

Monte Carlo measures the probability of various outcomes within the bounds of input variables; to calculate Occidentalās waste volume, for example, Dr. Newell used the district courtās three volume estimates as inputs.Ā  Instead of simply averaging the input values, Monte Carlo analysis uses randomly generated data points to increase accuracy, and then looks to the results those data points generate. Ā This methodology is particularly useful when reaching an exact numerical result is impossible or infeasible and the data provide a known range (a minimum and a maximum, for example) but leaves the exact answer uncertain.Ā  Seventy years after its discovery by physicists involved in nuclear weapons research, Monte Carlo analysis is now at home not only in the physical sciences, but in a wide variety of fields including for instance, the world of high finance.

In short, the court dismissed Occidentalās Daubert challenges, calling one of the criticisms āsimilarly meritless.āĀ  The court added:

[a]s for the testability and potential rate of error prongs of Daubert, the cited cases at most stand for the proposition that Monte Carlo analysis is unreliable when injected with faulty inputs, but nothing more. Ā Monte Carlo simulation is not inherently untestable: courts routinely admit statistical evidence, and we can gauge reliability by examining the input values and requiring transparency from testifying experts. Ā Similarly, just because a Monte Carlo simulation produces a range of outcomes, rather than one single numerical value, does not mean it is speculative. Ā If anything, Monte Carlo analysis provides greater certainty than the basic alternatives: using one of the three data points or using the arithmetic average of all three.

Years earlier, in July 2002, NorthPoint Communications, Inc. v. Verizon Communications settled a lawsuit in the County of San Francisco. Ā In this case, NorthPoint Communication sued Verizon in December 2000 for damages stemming from an aborted M&A transaction.Ā  Multiple actions ensued, including a bankruptcy, where the trustee of the bankruptcy estate alleged a ninety-day preference had occurred.Ā  In that case, Monte Carlo simulation was used to advance the position that NorthPoint was solvent prior to the bankruptcy filing; its assets (IP) exceeded its liabilities by $115 million. Ā Here, the valuation experts used Monte Carlo and Decision Tree Analysis to arrive at the value of the lawsuit against Verizon Communications.

In re Tronox, Case No. 09-10156 (ALG) (U.S. Bankruptcy Court SDNY 2013) is another case where Monte Carlo was used to estimate damages; these included contingent assets or liabilities. Ā As for the merits of Monte Carlo vis-Ć -vis DCF or the Binomial Model, some have expressed the view, ā[g]iven the limitations of the DCF and BOPM[2] methodologies, the Monte Carlo Method often is considered to provide the maximum level of flexibility required to address the significant degree of uncertainty inherent in many contingent assets and liabilities. Ā As a result, a Monte Carlo analysis is often applied in lieu of, or as a supplement to, the more traditional income-based approaches, including the DCF Methodā¦The Monte Carlo simulation ultimately returns an expected value based on the outcomes for the numerous scenarios and, in this regard, it provides a more comprehensive and robust analysis. Ā Thus, the valuation professional should have experience with statistical modeling in general and Mote Carlo analyses in particular.ā[3]

With regard to the approach taken, the court observed that:

The Court has considered the partiesā criticisms and finds no fault with P&Aās methodologies. Ā Its approach was appropriate for this type of business and clearly in the mainstream of IP valuation methodologies.

While the body of case law is limited, this is not due to lack of acceptance; rather, it probably reflects the limited adoption rate among valuation and litigation support professionals.Ā  Uncertainty is more often than not the norm, and Monte Carlo is another tool practioners should embrace since courts have signaled its approval.

[3] http://www.srr.com/assets/pdf/lessons-tronox-bankruptcy.pdf, See also Ratner, I, Edwards, J., Wallison, J.J., & Weitnauer, J.C., (May 2014), āValuing Contingent or Disputed Assets and Liabilities in Solvency Opinions,ā The Review of Banking & Financial Services, Vol. 30, No. 5. The authors note that In re Tronox, the plaintiffās expert used Monte Carlo analysis to determine that approximately 68,000 future claims would be filed and that the total costs of these future claims would be approximately $308 million.

Roberto H Castro, Esq., MST, MBA, CVA, CPVA, CMEA, BCMHV, is an appraiser of businesses, machinery and equipment, and Managing Member of Central Washington Appraisal, Economics & Forensics, LLC. He is also an attorney with a focus on business growth and succession planning with offices in Wenatchee and Chelan, WA (home to many small wineries). In addition, Mr. Castro is the Technical Editor of QuickRead and is knowledgeable of the industry.
Mr. Castro can be contacted at (509) 679-3668 or by e-mail to either rcastro@cwa-appraisal.com or rcastro@rcastrolaw.com.