Mandate Survives as a Tax. ¬† Limits on How Widely Feds Can Control States Medicare. ¬† No Other Limits.

WASHINGTON‚ÄĒA divided Supreme Court largely upheld the constitutionality of the Obama administration’s health-care law, in one of the most anticipated high-court rulings in a generation.

It upheld the mandate as a tax, in an opinion by Chief Justice John Roberts. The justices also found fault with part of the health-care law’s expansion of Medicaid, a joint federal-state insurance program for the poor. The justices made some changes to the Medicaid portion of the law.

The court said Congress was acting within its powers under the Constitution when it required most Americans to carry health insurance or pay a penalty‚ÄĒthe provision at the center of the two-year legal battle.

The ruling is a victory for Democrats and President Barack Obama, who had passed the biggest reworking to the health system since the creation of Medicare in the 1960s and faced the prospect of the court nullifying their effort. It also averts disruption for hospitals, doctors and employers who have spent more than two years preparing for changes in the law. 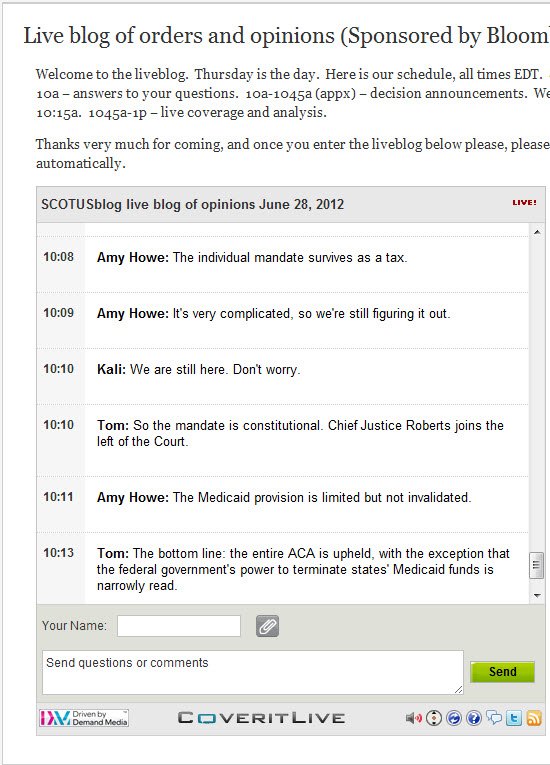