John Markel explains that it‚Äôs critical for partners to put together a buy-sell agreement that establishes in specific detail the standard of value, the level of value, and acceptable methods for funding a buyout. Here‚Äôs why.

It is mid-day, a late summer sky of hazy blue, stretching in all directions to the flat Carolina horizon. ¬†The water tower looms ahead at the outskirts of town. ¬†Tebbetts was right; I couldn‚Äôt miss it‚ÄĒthe barbecue place in an old grove of pecan trees by the water tower. I open the car door and the hot air rushes in. My sunglasses, too long in the air-conditioned car, fog up. ¬†Tebbetts had set up the meeting here, saying it was a central location. ¬†I walk into the low, metal-roofed building. A blast of air-conditioned air hits me, heavy with the aroma of smoked pork.

Tebbetts spots me now from his corner table. ‚Äú‚ÄôBout time you showed up, son!‚ÄĚ¬† He gestures to his right. ‚ÄėThis is Brad Riggsbee, from Gaffney, but I think you probably already know each other‚Ä¶Get you a plate of barbecue and sit down!‚ÄĚ I go to the buffet, and a large plastic plate is soon filled with chopped barbecue, slaw, rice, and liver hash. I return to the table, where the conversation veers inevitably toward football, and to Judge ‚ÄúFreighttrain‚ÄĚ Jones, who still limps from his injury in the 1959 Clemson-Carolina game.

Seizing a lull in the give-and-take, I decide it‚Äôs time for my opening. ‚ÄúYou said you wanted to talk about buy-sell agreements. Well‚Ä¶here I am.‚ÄĚ Tebbetts turns serious. It‚Äôs time for his opening argument. ‚ÄúAll of us are getting older, and so are our clients. Some clients have made arrangements with their co-shareholders to buy them out; others keep putting it off. We think it‚Äôs our duty to keep after them to do the right thing‚Ä¶to plan for the future‚Ä¶But we want to do it right; we know that some lawyers have put agreements in place that just didn‚Äôt work out too well.‚ÄĚ¬† Riggsbee interrupts. ‚ÄúWork too well! Shoot, that‚Äôs an understatement‚ÄĒ they‚Äôre still fussin‚Äô and¬† fightin‚Äô about that Smith deal, and it‚Äôs¬† been goin‚Äô on five years now. Why, I was in the Douglas County Courthouse¬† last month, waiting to argue a pre-trial motion, and I heard Judge Stokes rail out ole Jack Smith…he said a buy-sell agreement should keep people out of court, not in it‚Ä¶‚ÄĚ¬†

Tebbetts peers over his reading glasses. ‚ÄúHush now, Brad. Our friend Mr. Markel here agreed to sit down with us and share his thoughts from a different perspective on weaknesses in buy-sell agreements.¬† Let‚Äôs just sit and listen for a change.¬† We all like going to the courthouse to argue the law with our legal brethren. But I promise you, we don‚Äôt like going there to be railed out by a judge. Nor do we want to commit malpractice.‚ÄĚ¬† ‚ÄúUs lawyers feel pretty durn confident that we can write a good contract. But what we don‚Äôt always fully consider are the issues outside the four corners of the law. For example, the economics of the situation our clients find themselves in.¬† Why, sometimes we‚Äôre all just like a mule with blinders on‚Ä¶‚ÄĚ ¬†Riggsbee pipes up, ‚ÄúNow Tebbetts, you are free to compare yourself to a jackass, but leave the rest of us out of your clever and original metaphor.‚ÄĚ¬†

I go back to the subject. ‚ÄúI see a lot of things that can make a buy-sell agreement go bad, but I see these most often. First, the standard of value is not carefully stated. Second, the level of value is not carefully stated. Third, the method of funding the buyout is not well thought out.¬† Finally, failures can result from matters of economic housekeeping within the agreement.‚ÄĚ¬† ‚ÄúWhoa now, son. You‚Äôre goin‚Äô way too fast for us poor country lawyers.‚ÄĚ 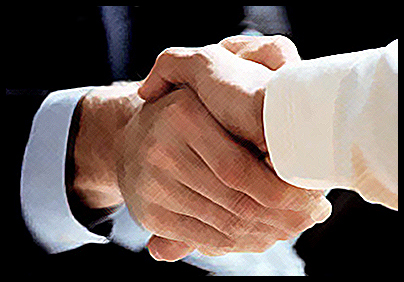 Tebbetts (with his degree from Princeton well-hidden in his resume) just can‚Äôt resist putting forth his carefully-contrived and self-effacing persona as a humble country lawyer. A few judges and juries still fall for it.¬† ‚ÄúOkay. When I say standard of value, I mean the precise definition of value that the agreement is meant to abide by. I‚Äôve seen a lot of agreements that specify fair market value.¬† Then, a non-standard definition of fair market value will be used in the next paragraph. The error is always unintentional. A disgruntled party to the agreement can exploit that nonstandard definition and create a conflict‚Ä¶ just what a well-crafted buy-sell agreement should avoid.‚ÄĚ¬† ‚ÄúDisgruntled parties‚Ä¶ that‚Äôs a lawyer‚Äôs stock in trade,‚ÄĚ chuckles Riggsbee.¬† ‚ÄúWhen, for example, I say fair market value, the definition refers to a willing buyer and a willing seller.¬† That is, the ultimate price should favor neither the buyer nor the seller.‚ÄĚ¬† ‚ÄúConflicts arise when a particular parcel of real estate is crucial to the ongoing business. Maybe it is part of the corporation, or maybe it is rented from a party under common ownership.‚ÄĚ

“The buy-sell agreement does not specify a means for establishing a fair rent, and that will be used as a wedge issue by a disgruntled party.‚ÄĚ¬† ‚ÄúThere you go again with the disgruntled parties.‚ÄĚ¬† I take a few bites of barbecue. ‚ÄúLet‚Äôs talk about levels of value.‚ÄĚ ‚ÄúWhat‚Äôs that?‚ÄĚ says Riggsbee.¬† ‚ÄúThe level of value refers to putting the concepts of control and marketability in perspective. I‚Äôm talking here about discounts and premiums.‚ÄĚ¬† ‚ÄúNow I follow you‚Ä¶discounts.¬† That‚Äôs easy; we just put in all our agreements that no discounts for control or marketability will be considered.‚ÄĚ¬† Riggsbee takes a huge bite of fried okra, temporarily handicapping his well-developed ability to talk.¬† ‚ÄúNot so fast,‚ÄĚ I reply. ‚ÄúPremiums should be addressed as well, especially if one block of stock has effective control, or if there is a class of voting shares as well as non-voting shares.The point is, the particular situation should be addressed by something other than a boilerplate clause. The buy-sell agreement should try to deal with a broader array of expected consequences.‚ÄĚ¬†

‚ÄúAnother area ripe for conflict is the funding of the buyout. I can understand why you wouldn‚Äôt want to clutter the buy-sell contract itself with the details of the funding mechanism. The funding method could change year-to-year, anyway. But some built-in monitoring might be helpful. For example, if the buyout will be funded by life insurance proceeds, who pays the premiums? Also, as the value of the business changes over several years, whose responsibility is it to increase the insurance coverage? Or to make sure that the company has liquid assets and/or a credit facility to make up the shortfall?‚ÄĚ¬†

‚ÄúMost buy-sell agreements that I see are well-crafted for the particular set of facts in place at the time of drafting. Where most agreements fall short is that they don‚Äôt fully consider the variables that will absolutely, positively, without a doubt change at some future point in time. For example, most businesses hopefully increase in value over time. A lot of buy-sell agreements don‚Äôt contemplate changed circumstances or offer a mechanism to deal with change.‚ÄĚ¬† ‚ÄúIn these parts, we‚Äôre all conservatives.¬† We flat don‚Äôt believe in change.‚ÄĚ Riggsbee‚Äôs mustache is so bushy; it‚Äôs sometimes hard to tell when he is joking. Tebbetts smiles. ‚ÄúOnly an unrepentant Piedmont Republican would say such a thing. Tell me, Riggsbee, is your conservatism of the dry or wet variety?‚ÄĚ

‚ÄúAs a lifelong Democrat, I do like my toddy in the evening.‚ÄĚ¬† Riggsbee fires back. ‚ÄúOn that political point, Tebbetts, we can and must agree. I, too, like occasional toddy.‚ÄĚ¬† ‚ÄúOccasionally, you say. On special occasions in your life‚Ä¶ like when it‚Äôs light outside, or when it‚Äôs dark outside.‚ÄĚ¬† I sense the discussion is veering away from its learning mode.¬†

‚ÄúI mentioned housekeeping earlier,‚ÄĚ I say hopefully. ‚ÄúWhat I mean is that I see many buy-sell agreements with what everyone thinks is innocuous boilerplate. For example, statements like ‚Äėa valuation shall be finished 30 days from the date of death‚Äô. ¬†As a practical matter, things just don‚Äôt move that quickly, and a missed deadline can just make a contentious situation worse.‚ÄĚ¬† ‚ÄúDisgruntled parties being contentious again, I suppose.‚ÄĚ¬† ‚ÄúAnother housekeeping-type failure concerns the actual triggering of the valuation process. Death of a shareholder‚Ä¶that‚Äôs pretty easy. But, what about shareholder disability or mental incompetence? How well is that defined? What are the time parameters for establishing such a condition?¬† Combine that with a company that is growing rapidly in value, and you have a recipe for contention; a controversy that could be averted, or minimized, with a more carefully crafted provision.‚ÄĚ

‚ÄúAnother housekeeping error concerns the appointment of the stock valuer. Some provisions say that if the first two valuers don‚Äôt agree, a third will be appointed, and the three will be averaged. One side could, in effect, jigger the result upward or downward by introducing an artificially higher or lower result into the three-valuer mix.‚ÄĚ

‚ÄúThen there‚Äôs contention over throwing out the ‚Äėoutlier‚Äô report.‚ÄĚ¬† ‚ÄúRelated to that issue is that many buy-sell agreements do not specify any minimum qualifications for the valuer. A substandard valuation will inevitably lead to conflict and to a great deal of additional expense for the parties involved‚Ä¶ something that could¬† be easily avoided by tightening up the¬† provisions in the buy-sell agreement.‚ÄĚ¬† ‚ÄúTebbetts, after hearing all this unsettling talk about buy-sell agreements with which we were formerly comfortable, are we going to be able to sleep tonight? No indeed! I need a toddy. Now.‚ÄĚ¬†

‚ÄúLast but not least, many buy-sell agreements use formulas as a valuation mechanism. Formulas may have a place, for very small businesses or for very small ownership portions. But in most cases, formulas can yield a distorted value, and that means someone, either the shareholder departing or the shareholder remaining, gets short-changed. And that‚Äôs another recipe for contention. Again, a formula approach just doesn‚Äôt contemplate changed circumstances.‚ÄĚ¬†

Another bite of barbecue. A small and unappetizing pool of grease has formed on my plate.¬† Tebbetts smiles. ‚ÄúSo that‚Äôs all we need to do then? That‚Äôs the wonderful thing about the law, solving problems for our clients before they happen!‚ÄĚ¬† Riggsbee snorts, ‚ÄúMore like running after folks with a shovel, cleaning up their messes.‚ÄĚ¬† Tebbetts smiles, even more broadly. ‚ÄúRiggsbee, I will heartily agree with you on one portion of your statement.‚ÄĚ¬† ‚ÄúAnd what portion is that, you bourbon-soaked old Democrat?‚ÄĚ¬† ‚ÄúThat, for you, a shovel is an especially appropriate tool to choose.‚ÄĚ¬† We depart into the hot afternoon.

John R. Markel, ASA, CPA,ABV, is¬† Managing Director of Markel¬† Valuation, P.C. in Greenville, South¬† Carolina. He is a 1969 graduate of Duke University and received his Master of Accountancy from the University of South Carolina in 1974. Since 1996, his practice has been limited to business dispute resolution/litigation support, business valuation, and forensic accounting. He has testified more than 50 times as an expert witness in state and federal courts on issues including business valuation, lost profits, commercial damages, construction claims, business termination, anti-competitive practices, and shareholder disputes. He can be reached at (864) 370-8087. He can also be reached by e-mail at jmarkel@markelvaluation.com.