Judge Wiggins in Iowa rules In re Marriage of McDermott on equalization payments and tax credits for health insurance payments.Â  In Louisiana, Judge Williams finds a valuation in Fancher v. Prudhomme invalid since it was based on assumed cash flowâ€”and a withdrawing member was the source of almost all the companyâ€™s business.Â  Instead, current asset value is key.Â  Find out more.Â

In the divorce action, the trial court did not err under Ark. Code Ann. Â§ 9-12-315(a)(1)(A) (2009) in finding that the wife’s interest in the husband’s share of a family business was $272,875 and in ordering the husband to pay her $ 11,370 per month for 24 four months due to the unequal property division. Â The parties stipulated as to the amount of the business the husband owned. 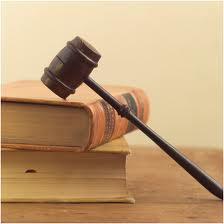 Plaintiff common stock holders (SHs) filed suit against defendants, a company, various members of the board, and related others, alleging that venture capitalists (VCs), inter alia, diluted the value of the SHs’ equity ownership in the company. Â The SHs challenged the dilutive transactions, the allocation of merger proceeds to management, and the fairness of the merger.Â

Defendants filed motions to dismiss the action.Â  The SHs, who all held common stock, claimed that after the company raised its initial rounds of venture capital financing, the VCs obtained control of the company’s board of directors. Â Further, they alleged that the VCs financed the company through self-interested and highly dilutive stock issuances, such that, upon sale of the company, the SHs discovered that their overall equity ownership had been greatly diluted.

The court found that the exercise of jurisdiction over non-resident defendants was proper under Del. Code Ann. tit. 10, Â§ 3104(c) and due process. Â Claims were validly stated with respect to breach of fiduciary duty (BFD) and violation of Del. Code Ann. tit. 8, Â§ 242(a) with respect to the amendment of the charter. Â Aiding and abetting claims survived, but constructive fraud was repetitive of the BFD claims. Â The company was not a fiduciary to the stockholders, such that BFD claims against it did not survive. Â The court rejected defenses of standing, as direct claims were stated, and the statutory bar of Del. Code Ann. tit. 8, Â§ 124.

However, other defenses, including defendants’ ability to exercise a redemption right, laches, and exculpation, did not warrant dismissal.Â  The court granted dismissal of the claims of BFD against the company, some statutory claims, and claims of constructive fraud.Â  The remainder of the dismissal action was denied.Â

The Iowa Court of Appeals, in appellee wifeâ€™s and appellant husband’s divorce case, reduced an equalization payment of $1 million that the trial court ordered the husband to pay to the wife to $250,000. Â The appellate court did not alter the child support obligation regarding income and health insurance costs, but did modify the provision dealing with the children’s extracurricular expenses. Â The state supreme court then granted further review.Â

The wife and husband married. He worked the family farm during the marriage. Â The couple had six children. Â Eventually, she, a physical therapist, became their primary caregiver. Â The husband generated income through the farm. Â In doing so, he received assistance from his several relatives. Twelve years after the marriage, the wife filed for divorce.Â

The trial court distributed the marital property, awarding most of the property to him and assigning all debts to her. Â His share of the marital assets was in excess of $2.1 million, but hers was less than $150,000. Â The trial court ordered him to make an equalization payment to her of more than $ 1 million. Â It ordered her to pay monthly child support.

The appellate court lowered the equalization payment to $ 250,000. Â The state supreme court found that: (1) the trial court’s equalization payment was proper, as the items received from the husband’s relatives to benefit the farming operations were neither Iowa Code Â§ 598.21(6) (2009) inheritances or gifts, but were to benefit the whole family; Â (2) the husband was entitled to a credit for one-half the health insurance benefits he pays; and (3) the award of child support was proper.Â

The state supreme court vacated the appellate court’s judgment lowering the equalization payment, affirmed the trial court’s property distribution, and affirmed its child support award and mandated that each party pay half of the children’s extracurricular expenses. Â However, it remanded the case to the trial court to enter an order giving the husband a deduction for one-half the health insurance benefits he pays conditioned on his currentness.

Income Approach to valuation of a withdrawing member’s share in an LLC was not applicable because the LLC’s future cash flow could not be assumed given the withdrawing member’s role in providing almost all of its business; book value of the assets was properly used to arrive at the LLC’s value under La. Rev. Stat. Ann. Â§ 12:1325(C).Â

The trial court was not clearly wrong in finding that the other two members did not act with reckless disregard of the best interests of the LLC in violation of La. Rev. Stat. Ann. Â§ 12:1314 by agreeing to a loan that was necessary to keep the company operating.Â  The judgment of the trial court was affirmed.

Peter H. Agrapides, MBA, AVA, is a Principal at Western Valuation Advisors, which has offices in Salt Lake City, Utah, and Las Vegas, Nevada. Â Mr. Agrapidesâ€™ practice focuses primarily on valuations for gift and estate tax reporting. Â He has experience valuing companies in a diverse array of industries. Â These engagements have ranged from small family owned businesses to companies over $1billion.