In this article, Britt Madden and Britt Madden, Jr. respond to Jim Hitchner‚Äôs July 2013 QuickRead article on ‚ÄúRigging the Cost of Equity‚ÄĚ. The authors contend that the rigging is more likely the result of a lack of understanding the current status of small business in the present economy, which has left it forever changed. 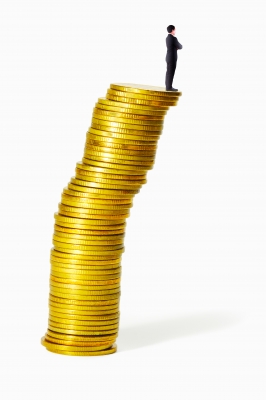 Jim Hitchner‚Äôs July 2013 QuickRead article, ‚ÄúRigging the Cost of Equity,‚ÄĚ was an interesting and provocative piece. I have spent some 46 years working with small business. In that time, I have valued many businesses, been partner, shareholder, and owner of a few, as well. Some were very successful, others were not.

I think it is important to know who small business really is. Is it, as suggested by the Pepperdine Private Capital Markets Project in 2013, price-to-earnings growth (PEG) in the lowest classification, where investments are made in firms with earnings before interest taxes and depreciation and amortization (EBITDA) of $1 million or less? Is it based on Small Business Administration (SBA) size standards determined by industry or measured by employees? Perhaps it‚Äôs the use of kilowatt hours, total assets or gross receipts. (Sargeant, Ph.D, 2013). The size of businesses many of us see are nowhere near the upper limits established by the SBA or the lowest EBITDA reflected in the Pepperdine studies. I see a lot of businesses that do less than one million dollars in gross revenue. Occasionally, I may see businesses with gross revenues in the $10 to $15 million range. I also see small, closely held family companies and some businesses with a couple of owners that are not family members.

Many years ago, I took a course in economics in graduate school from Dr. James Green at the University of Georgia. He taught that it is important to know the rules of the game. For small businesses, the rules have changed. Small business is a sector of the economy that remains in crisis. Simply stated, I believe that the values of most small businesses are being overstated in valuations.

In Defense of 10z

The risk related to small business is similar to the risk in 10z category. The quote in Mr. Hitchner‚Äôs article states:

This statement speaks to the level of crisis. These small business owners find that commercial banking is radically different. Borrowing is extremely difficult. Real estate collateral value, as a result of the Office of the Comptroller of the Currency (OCC) and other bank regulators, has decreased in value in many instances by 50 percent. As a personal aside, I saw businesses that had appraisals of property not two months old being subsequently appraised at liquidation value and loans that were being called due. The risk, simply stated, is the inability to sustain, obtain, or expand credit. Those businesses found in 10z by capitalization size, while not homogeneous with a business classification, I feel are more closely related to small business risk. If we consider the case of Joyce V. Hall v. Commissioner, the case turned on ‚Äúcomparable risk.‚ÄĚ In that case, American Greetings was found to be a comparable; however, other nonhomogeneous businesses were considered as well, such as Proctor and Gamble, etc. (Estate of Joyce C. Hall, Deceased, Donald J. Hall, Executor v. Commissioner, 1989). The high-risk businesses described in category 10z certainly sound like my client list with regard to economic status and risk potential.

“I feel that the continued use of lower cap rates significantly overstates the value of the business and also understates the respective risks to buyer and seller; the rules of the game have changed for small business.‚ÄĚ

Actually, banking loans to small business have been declining since 1990. Banks want more profitable sectors, to which they can loan money.

In reviewing Federal Reserve statistics, there are certain facts that are obvious; one of them is that small business loans have decreased. Stricter lending standards and decreases in the value of real estate have reduced small businesses‚Äô ability to find credit (Wiersch & Shane, 2013). Small businesses are searching for funds from crowd equity financing and peer-to-peer lending (Peer to Peer Lending) (Mach, Carter, & Slattery, 2013). The required rates of return in these alternative sources are more often than not double the banking rate. The decrease in bank loans to small business does not appear to be based on weak demand. I only need to call to one‚Äôs attention the growth rate of the peer-to-peer lending and crowd funding; there is a demand.

The failure rate for small business has always been high. Even in a distressed situation, those businesses in 10z have a better ability to negotiate with creditors and lenders to carry on business. Vendors often will reduce debt when there is a customer that can produce or project a significant income stream in the future. There are seldom second chances for America‚Äôs small businesses. Businesses became insolvent overnight. Often, no one wants to invest to turn the business around because there is inadequate market share, penetration, and numerous other weaknesses.

A prominent study of capital, from Pepperdine University, suggests that the median required rate of return by private equity groups investing in firms with an EBITDA of one million dollars is 30 percent (Pepperdine University Graziadio School of Business and Management, 2013).

A number of years ago, in an article published in The Value Examiner, Shannon P. Pratt and Roger J. Grabowski suggested not using the 20-year figure published in Morningstar/Ibbotson, but instead increasing the amount to 4-4.5 percent (Pratt, CFA, FASA, ARM, MCBA, CM&AA & Grabowski, ASA, 2009). The reason given in the article was lack of demand and/or the current economic crisis. For small businesses, the crisis continues. I concurred then that the rate needed to be increased. The same is true for the equity risk premium. At the present time, the Federal Reserve Board is artificially lowering interest rates. For the last several years, we‚Äôve been looking at an artificial rate. Again, we are facing a future that will see an increase in cost of money and a decrease in profits. The question becomes, when will interest rates increase, how fast, and by how much?

Other economic issues are looming on the horizon for small business such as labor cost. Real wages have barely kept up with inflation. At some point, labor costs will increase. Will small business be looking at a $10.00 hour minimum wage in the near future? Small businesses that operate within certain size parameters find that labor within these volume levels is fixed as to employee size, which results in increased wages and fixed costs. How do we consider this in our cap rate? Is an entity valued on future earnings?

The ability to borrow is simply not what it was before 2007. I believe that small businesses are never going to be the same again. The road is tougher. It is a road that is not meant for the faint hearted.

We all realize that valuations are not a target purchase price, and that the purpose of the valuation speaks for itself. The risk of using a low cap rate is that it threatens to destroy the potential small business buyer; this is the person that is most at risk, the person who has borrowed against his or her defined benefit plan and committed their personal savings to buy and operate the business.

Of course, the capital rate is often not a factor in determining fair market value in a small business. All too often these small businesses have an adjusted cash flow of a negative amount after considering reasonable compensation to the owner. An advertisement dealing with appraisals of personal property reflected an interesting comment to the effect, ‚ÄúWhen was the last time that you had positive adjusted earnings?‚ÄĚ (Nebb Institute, 2012)

Shannon P. Pratt and Roger J. Grabowski, “Cost of Capital in Valuation of Stock by the Income Approach: Updated for an Economy in Crisis.” The Value Examiner January/February (2009): 7-13.