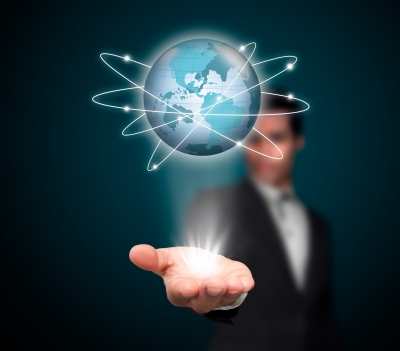 ‚ÄúRome was not built in a day,‚Äù but efforts are underway to do it faster for international valuation standards.

At the recent World Congress of Accountants, Sir David Tweedie, chair, International Valuation Standards Council, outlined the challenges facing the valuation profession when he stated and questioned the following:

This standard development approach all sounds a bit like the strategies Tweedie employed to successfully introduce International Financial Reporting Standards (IFRS) to over 100 countries around the globe. Steps in the adoption process of IFRS included harmonization, conversion, and the full implementation of the standards with support from regulators and the large accounting firms. For the U.S., the slow IFRS acceptance process is still underway with four possible approaches being considered at the Securities and Exchange Commission (SEC).

As for tactics, Tweedie is using his wit and memorandums of understanding (MoU) ¬Ýto convince major players in the field and over 80 international organizations to join and agree to work together toward one set of global valuation standards. The AICPA was invited to sign the MoU, but after careful consideration, the AICPA decided that it would not be able to sign the MoU with its current wording. Among the issues the AICPA noted with the MoU was a provision that all parties would accept the IVSC‚Äôs definitions.

Where are the Problems? Here are Just a Few‚Ä¶

If the framework or definitions in the standards are weak, it leads to endless discussions and interpretations. Principles as well as rules are needed. In the IFRS versus U.S. GAAP principles debate, the IASB lost when the FASB codified its standards.

Codification involves putting all the definitions on the subject matter into one basket using a team of paid technical experts and modern technology to facilitate stakeholder participation and the approval process. The results are well-organized and cross-referenced standards with a strong link to the framework. The more relevant parties and industries are involved, the better will be the outcome. ¬ÝDon‚Äôt let member organizations slow you down.

Codification forces out weak, ambiguous, and misleading definitions as we learned when we started to translate the IFRSs into more than 40 languages. In German, ‚Äúfair value‚Äù had 13 definitions and forced us to create a new term. On fair value Warren Buffet would say, ‚ÄúPrice is what you pay and value is what you get.‚Äù

Fluctuating currencies can make any valuation obsolete within hours‚Äîjust consider the current ruble crisis. Are financial reporting standards here up to speed? For starters, in IAS 21 and SFAS 52 (now codified in ASC topic 830), standard setters need to drop the word ‚Äúforeign‚Äù. Are off-shore dollars and euros virtual currencies and blockchains really ‚Äúforeign‚Äù?

Let the IIRC fix the puzzle on intangibles. Are the six capitals the solution? As I outlined in my article and in a comment letter to the IIRC, I rather see a separation of objects and value and attach and relate intangible disclosures to people, products, and physical infrastructure activities (3P‚Äôs) in adjusted cash flow numbers and forecasts. The 3P‚Äôs are objects we can track and assign value to, or at least describe the value. This would address the concern that valuation standards could not cover all types of valuations. In accounting terminology, terms such as unit of account, component, cash generating unit (CGU), and embedded derivatives are used with often unclear definitions and generalities. Similar to intangibles, the materiality concept has each entity to define and value their own objects (often similar by industry). To sum it up: We need to use separate object standards and combine them with valuation standards to arrive at improved total valuation results.

What are Possible Solutions and Approaches to Speed Up Building Global Valuation Standards?

Paid and experienced valuation experts can complete the codification of existing literature much faster than utilizing the ‚Äúold fashion‚Äù standard setting stages. Paid and experienced translators can speed up the process by adding quality to the wording and ensuring better participation and input by non-English speaking professionals.

As an example, look at the modern standard setting approach the SASB is using to develop sustainability accounting standards. The metrics and standards cover 10 sectors and 80 industries that help publicly listed corporations disclose material factors in compliance with SEC¬Ýregulations. In their standard setting process, the SASB is employing a new type of comment platform (‚Äúpublic comment tool‚Äù) to encourage preparers, users, and other industry experts to participate. Why scare individuals away when they can provide valuable input? ¬ÝSASB‚Äôs modern marketing and communication techniques assist the process in moving with lightening speed. Obviously, it does not hurt to have Mr. Bloomberg as SASB‚Äôs chairman.

Modern reporting techniques and 24-hour trading are only possible by having sophisticated technology installed around the globe. We can now track objects by embedded RFID chips and other devices. New payment systems are changing the financial service industry by providing speed and transparency. ¬ÝGoogle maps and picture recognition enable a clear identification and tracking of physical infrastructure. Increased use of technology and location based information by the public sector and governments would enhance transparency of the volume and use of natural capital and enlarge the databanks for valuation purposes. This is the age of the ‚ÄúInternet of things.‚Äù Perhaps the IVSC should sign MoUs with the ‚Äúobject-focused standard setters‚Äù such as ISO and the IEEE and others.

Standard setters need to be aware of these technologies and anticipate their use. When we introduced XBRL at the IASB, there was resistance and support by only a few. Smaller countries, which are not hampered by legacy regulation and legal interests, have advanced these concepts even further than the U.S. Especially the legal profession needs to be a closer friend of the valuation profession. Unfortunately, the legal profession is still very fragmented globally and not so technology minded. There is a huge opportunity for someone to educate and to fill this gap and vacuum as it relates to valuation and business reporting issues.

To build and advance the valuation profession, education will be the foundation for global success. A carefully designed strategy should anticipate turf battles but lead to consolidation of accepted qualifications. Look at what the CFA designation has achieved. If not carefully managed, however, certifications can dilute the quality and professional recognition. There are enough negative examples and even the IFRS strategy in this area should have been more forceful.

E-learning online and the reach of certifications are excellent tools in the process of building a global valuation profession. It encourages common learning outcomes, speed in learning and even de-learning, which is needed in the beginning of this new valuation venture. E-learning would also reach new participants interested in the valuation profession and encourage the public sector in the adoption of IPSASs.

I don‚Äôt know whether an attempt has been made to estimate the global fees earned by the valuation profession. In major jurisdictions around the globe, it is now mandatory to disclose audit fees for publicly listed companies. More transparency for valuation engagements and related fees charged would certainly have an effect on the quality of services performed and allow for better comparisons between industries and type of service. It would help to establish more credibility with regulators. In addition, it could provide hints on how and where the IVSC could find much needed funding to achieve the goals outlined.

Kurt Ramin, MBA, CFE, CPA (inactive), worked for 12 years as director and consultant at the IFRS Foundation at the IASB in London. Mr. Ramin can be reached at kurtramin@yahoo.de