Correlating Patent Values with Prior Citations 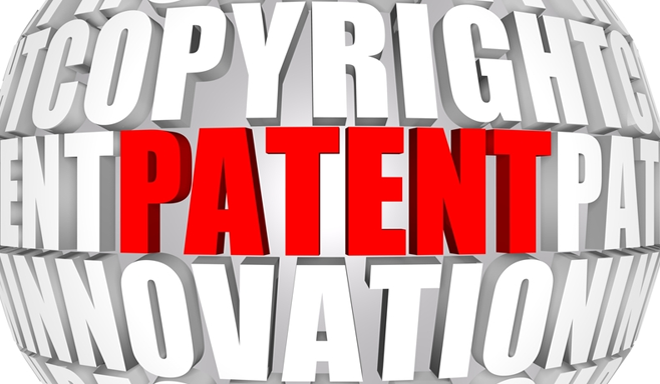 Forward patent citation analysis provides a means of apportioning out the relative value of patented technologies from comparable license agreements.¬† Forward citation analysis can be described as a method to discern relative patent value that examines the number of times a patent is cited by a later patent.¬† This approach is gaining increasing recognition and is widely used in the commercial practice of valuing intellectual property.[1]¬† Empirical work at leading academic institutions has established that an objective indicator of the value of a patent is the number of times it has been cited by later patents.¬† A growing body of economic literature demonstrates that there is a correlation between the intrinsic value of a patent and the number of such citations.[2]¬† For example, Harhoff, et al., (2002) fits an econometric model that relates patent value to forward citations and finds a positive relationship.[3]¬† More valuable patents, that is, patents for which there is relatively high demand for the technology described in those patents, tend to be cited more often than less valuable patents.¬† The intuition of this finding is straightforward.¬† Patents for inventions that appear to be very valuable are likely to encourage research and patenting in very similar areas.¬† The economic incentive is to try and claim ideas that are very close to the original patent.¬† A patent application must cite all ideas that are precedents to the idea being patented.¬† Consequently, research focused on an area related to the original, valuable patent is more likely to result in a citation to the original patent.[4]

The absolute number of citations, however, is not by itself a good indicator of relative value.¬† Patents in different technological fields tend to be cited at different rates, and patents that are older tend to have more citations than patents issued more recently.¬† Therefore, to estimate the value of a patent relative to the remaining patents within a comparable license agreement, a valuation analyst may look to find other patents comparable to the patents listed on the basis of similarity of technology and age (the ‚ÄúComparison Group‚ÄĚ).¬† The analyst may then compare the number of times these comparable patents are cited to the number of times the corresponding patents of interest are being cited to get an indication of their value.

To identify patents that are comparable to each patent at issue, one may utilize the fact that patents are classified by the USPTO into technology categories using the International Patent Classification (IPC) system.¬† Under this system, a patent examiner assigns each patent to a category of technology labeled with increasing specificity from one to ten digits.¬† Using the character subclass labels currently assigned to each patent of interest, for instance, one can identify other comparable U.S. granted patents on the basis of the fact that they, (a) share at least one current IPC subclass with the patent of interest, and (b) are published no more than six months before or after the publication date of the patent of interest.

To describe more explicitly how such data might be used, suppose a company is interested in assessing the value of the U.S. Patent Number 5,185,561A (the ‚Äė561 patent), which was issued by the United States Patent Office in February of 1993 and placed in G06F, ‚ÄúElectric Digital Data Processing,‚ÄĚ under the IPC convention.¬† Suppose the ‚Äė561 patent is but one of 20 patents included in a comparable license agreement.¬† To isolate or apportion out the value of the ‚Äė561 patent relative to the other 19 patents, an analyst could identify all, say, 2,990 patents issued within three months of the issue date in that G06F IPC class and count all the forward citations received by each of those patents.¬† If the ‚Äė561 patent received more forward citations than 99 percent of all the other technologically similar patents of the same age, that would be an indicator it may be a patent of considerable value.¬† On the other hand, the opposite inference would be made if it received fewer forward citations than 75 percent of the comparison group.

In short, forward citation analysis, an extension of the market approach in valuation, provides analysts a possible tool for extracting or apportioning out the relative value of patents in comparable license agreements.

[1] Luiz Mail√§nder, head of the Patent Information Section within the Global IP Infrastructure Sector of the World Intellectual Property Organization (WIPO), for example, presented on the topic of patent citation analysis in 2013 (http://www.wipo.int/edocs/mdocs/mdocs/en/wipo_ip_rio_13/wipo_ip_rio_13_www_247934.pdf).¬† Also, See Ocean Tomo Intellectual Capital Equity, which states: ‚ÄúRelevance scores are calculated by analyzing up to four generations of citational relationships (i.e., one generation includes all patents cited by or citing a reference patent) existing among all issued patents‚ÄĚ at http://www.oceantomo.com/ratings/about/relevance.¬† PatentBuddy stated at http://www.patentbuddy.com/pages/aboutUs.jsf: ‚ÄúWhen measuring the strength of a patent by its forward citations, we not only wanted to know the number of forward citations, but how that patent compares against other patents that were filed in the same period and in the same technology class.‚ÄĚ).¬† Crafitti Consulting stated at http://www.crafitti.com/patent-citation-online.html: ‚ÄúWith a single patent number as input, SocialCitnet extracts citation information from patent databases maintained by the USPTO (U.S. Patents) and EPO (worldwide patents) to construct the citation network of the input patent. ¬†The tool goes on to compute three different indices for each patent in the network. ¬†Based on these indices, the patents are ranked and the most important patents are identified.‚ÄĚ¬† Forward citation analysis has been presented at trial in two Federal Court cases recently as well, including: Better Mouse Company, LLC v. Steelseries APS, et al., Case No. 2:14-cv-198-RSP (E.D. Tex. Jan. 4, 2016); and, Good Technology Corporation v. MobileIron, Inc., Case No. 5:12-cv-5826-PSG (N.D. Cal. 2015).

[4] The courts have also recognized patent citations as an indicator of patent value on numerous occasions.¬† For instance, in Oracle America, Inc. v. Google, Inc., the court approved the forward citation analysis of Google‚Äôs expert.¬† Also, in In re Innovatio IP Ventures, LLC Patent Litigation, the court used a forward citation analysis in order to determine a FRAND royalty of a standard essential patent to the 802.11 standard.

Richard Eichmann, MA, CVA, is Vice President of NERA Economic Consulting with a focus on Intellectual Property, Securities, and Finance Practices. His quantitative skill set has been applied in the calculation of economics damages in commercial litigation in a variety of industries, including the automotive, airline, credit card, financial, energy, gaming, and pharmaceutical industries. ¬†¬†Mr. Eichmann has filed expert reports in Federal court on the application of statistical methods, sampling, survey design, business valuation, and econometrics as they pertain to the calculation of damages and lost profits. He has provided arbitration, deposition, and trial testimony in a range of intellectual property disputes and securities litigation.