A help or hinderance?

On July 1, 2013, FASB issued exposure drafts calling for public commentary on three proposals that address private company stakeholder concerns. Two proposals involve accounting for identifiable intangible assets and goodwill acquired in business combinations. In this article, Mark Zyla analyzes the proposed changes, including potential concerns, and their far-reaching impact on the industry, as well as private and (in 2014) public companies. 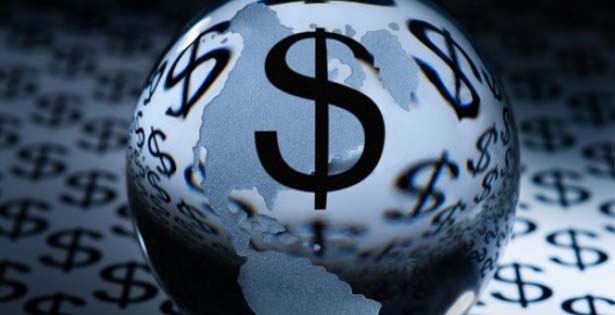 In order to address the concerns, the Financial Accounting Standards Board (ŌĆ£FASBŌĆØ) this past July issued exposure drafts for accounting standards updates (ŌĆ£ASUsŌĆØ) based upon recommendations by the Private Company Council (ŌĆ£PCCŌĆØ) addressing the accounting for intangible assets acquired by private companies in business combinations.┬Ā Last year, FASB formed the PCC as an advisory group to assist the board in improving the process of standards setting for private companies. ┬ĀThe PCC proposed changes to both ASC 805, Business Combinations, and ASC 350, Intangibles ŌĆō Goodwill and Other, solely for private companies.

ŌĆ£As such, the FASB has concluded that the proposal, as initially suggested, would not necessarily make accounting for business combinations less costly for private companies.ŌĆØ

Under existing accounting standards, intangible assets acquired as part of a business combination must be recorded at their fair value if they are considered ŌĆ£identifiable.ŌĆØ┬Ā An intangible asset is recognized as ŌĆ£identifiableŌĆØ in a business combination if it meets one of two criteria: 1) it is separable, that is, capable of being separated or divided from the entity and sold, transferred, licensed , rented, or exchanged either individually or together with a related contract, identifiable asset, or liability, regardless of whether the entity intends to do so; ┬Āor 2)┬Ā it arises from contractual or other legal rights , regardless of whether those rights are transferable or separable from the entity or from other rights and obligations.1

The PCC proposed changes to ASC 805 where a private company could elect to recognize (but would not be required to do so) only those intangible assets acquired in a business combination that arise from contractual rights with non-cancelable terms or that arise from other legal rights.┬Ā If such an election is made, the private company would no longer recognize intangible assets that arise solely from the ŌĆ£transferableŌĆØ or ŌĆ£separableŌĆØ criteria.┬Ā┬Ā┬Ā A private company doesnŌĆÖt have to make the election, and can continue to prepare financial statements under existing rules.

Comment letters received by the FASB during the exposure period highlighted some concerns about this particular proposal if implemented.┬Ā Some examples include:

As such, the FASB has concluded that the proposal, as initially suggested, would not necessarily make accounting for business combinations less costly for private companies.┬Ā They have asked the FASB staff to revise the proposals giving consideration to comments received from constituents.┬Ā Proposals for ASC 805 are still under consideration by the FASB.

However, on November 25, 2013, the FASB did endorse┬Ā the PCC proposal to provide alternative accounting for goodwill by private companies.┬Ā ┬Ā┬ĀGoodwill typically arises from business combinations┬Ā as the residual amount remaining after the fair values of all identified assets acquired less liabilities assumed have been subtracted from the acquisition price.

Under the new PCC alternative, private companies can make an election to amortize goodwill over 10 years or for a period less than 10 years, if the entity can demonstrate that a shorter period is more appropriate. ┬ĀIf amortization is elected, goodwill would be tested for impairment only when a triggering event occurs.┬Ā ┬ĀPrivate companies are not required to amortize goodwill.┬Ā They can also elect to continue testing goodwill for impairment annually.

Under certain circumstances, an entity may bypass the first step of the impairment test altogether by performing a qualitative assessment of the entityŌĆÖs financial performance.┬Ā However, if there is any indication of impairment, the second of the two-step test would be required.

The ┬Ārecent FASB-endorsed PCC changes to the goodwill accounting standards allow a private company to test for impairment only when a triggering event occurs (since the entity would be already amortizing the goodwill). ┬ĀThe┬Ā impairment test would be only a one- step test.┬Ā The test can be performed either at the entity level, or the reporting unit level.┬Ā The private company would measure the fair value of the entire entity (or reporting unit) and compare the entityŌĆÖs fair value (or reporting unit) to its respective carrying value.┬Ā If fair value is less than its carrying value, the difference would be the amount of impairment.

┬ĀPrivate companies┬Ā making acquisitions┬Ā that do not ┬Āplan to go public in the near future may benefit from these changes.┬Ā However, there are┬Ā a number of issues that a private company should consider before electing the PCC alternative accounting treatment.┬Ā If an entity makes the election and subsequently undergoes an initial public offering (IPO), the entity may have to restate their financials.┬Ā The cost of restatements would greatly outweigh any benefit of electing the alternative accounting. ┬ĀSimilarly, an acquisition by a public company or by a private equity firm may also potentially require restatement.┬Ā

Constituents should note that after endorsing the proposal to allow┬Ā private companies the alternative accounting for goodwill, the FASB added an agenda item for next year to consider the same alternative for public companies So, in addition reconsidering the proposed alternative accounting for private companies in the initial recognition of intangible assets, the FASB is considering extending the election for amortizing goodwill and┬Ā simplifying the impairment test for public companies.

The final version of the ASU┬Ā of┬Ā the recently endorsed proposal ┬Āfor alternative election by private companies for accounting related to goodwill will be effective for fiscal years beginning after December 15, 2014; ┬Āhowever, early adoption is permitted.┬Ā The revised proposal for alternative election by private companies for measuring the fair value of intangible assets should be completed in the first quarter of 2014.