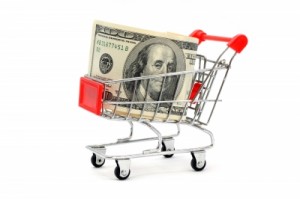 Because the economic recovery weâ€™ve all been told is happening never really arrived, dollar stores across the United States are doing big business these days. Because of that, thereâ€™s a huge takeover battle going on between the nationâ€™s three largest dollar store retailers. Apparently, thereâ€™s billions to be made, one dollar at a time.

Family Dollar Stores (FDS) originally rebuffed an unsolicited $9.1 billion offer from its larger competitor, Dollar General Corp. (DGC), citing anti-trust risks. Ironically, it already had a deal to sell to Dollar Tree Inc. (DTI) for $8.5 billion. DGC is now taking hostile action in its bid to buy FDS by taking its $9.1 billion offer directly to the shareholders. For more details on what promises to be a protracted takeover battle, visit Fortune.com.